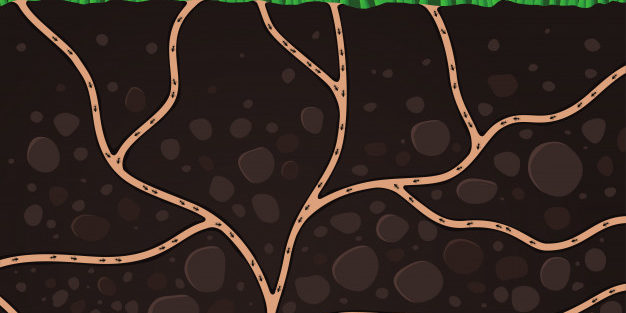 As already mentioned in this blog, integer linear programming is often not useful in the real world to find the optimal solution to routing problems.

One of the most common metaheuristic techniques to solve this problem is known as Ant Colony Optimisation (ACO).

The ant colony technique was introduced by Marco Dorigo in 1992, and it is based on ant behaviours when they leave the ant nest to look for food. Ants deposit pheromones wherever they go, so that whenever an ant leaves the nest looking for food, it has a higher probability of choosing trails covered by more ants earlier, in other words, trails with higher amounts of pheromones.

The ant colony algorithm slightly modifies this behaviour, expecting each ant to calculate a complete route to deposit pheromones. This way, in each iteration of the algorithm, every ant will have to choose which unvisited node will be visited next, based on its position and the amount of pheromones deposited in the trails. Thus, the probability of an ant “k” choosing trail “xy” is:

As shown with this metaheuristic technique, the convergence and advantage of the solution found is the parameter function to be chosen by the user which, in general, can be different for each problem.

Once each ant has completed a route, that is, it has found a feasible solution, the amount of pheromones in each trail is update

There are several differentiating characteristics of the algorithm, such as the number of ants or the number and position of the ant nests. Also common are extensions of the case presented:

Sustainable logistics: strategies for the reduction of pollutant emissions
15/11/2022

Why you should apply operations research and mathematical optimisation in your business
26/08/2022
Follow us!